The Most Reliable Kind Of Car Isn’t What You Think 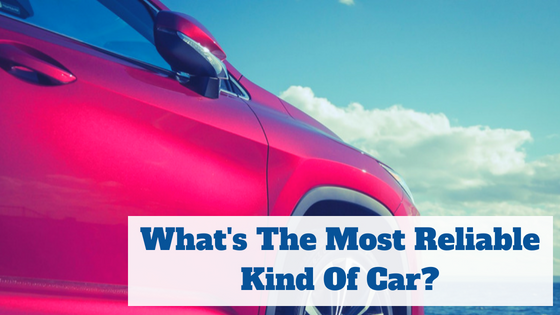 Buying a new car is about far more than just improving your commute – it’s a long-term investment and, sometimes, the start of a relationship with a dealer or manufacturer.

While things like price and fuel mileage are easily quantifiable, perceived reliability is often based on manufacturer reputation – with companies like Honda and Toyota flaunting their reliability in their advertisements. That approach works, too – both companies have two sedans that rank at or near the top of the sales charts year in and year out. Those vehicles – Honda’s Accord and Civic and Toyota’s Camry and Corolla – also are often mentioned as the most reliable cars on the road.

While those cars score high marks in areas like resale value and average maintenance costs, the cars with the best longevity look quite a bit different – they actually tend to be large SUVs.

iSeeCars.com checked more than 13 million cars to find out which models are most likely to still be on the road after 200,000 miles – with the Ford Expedition (5.7%), Toyota Sequoia (5.6%) and Chevrolet Suburban (4.8%) claiming the top three spots. The next four spots actually all go to smaller SUVs: the Toyota 4Runner, GMC Yukon XL (which shares a platform and many components with the Suburban), Chevrolet Tahoe and GMC Yukon before the list’s first non-SUV, the Toyota Avalon.

As far as manufacturer location goes, just one European car – Mercedes-Benz’s flagship S-Class model – outperforms that 0.8% non-truck/SUV average (and ever-so-slightly at 0.9%). Otherwise, those longevity charts are populated exclusively by Japanese and American cars.

For more information about vehicles and the products you need to care for them, contact Berry Products today!